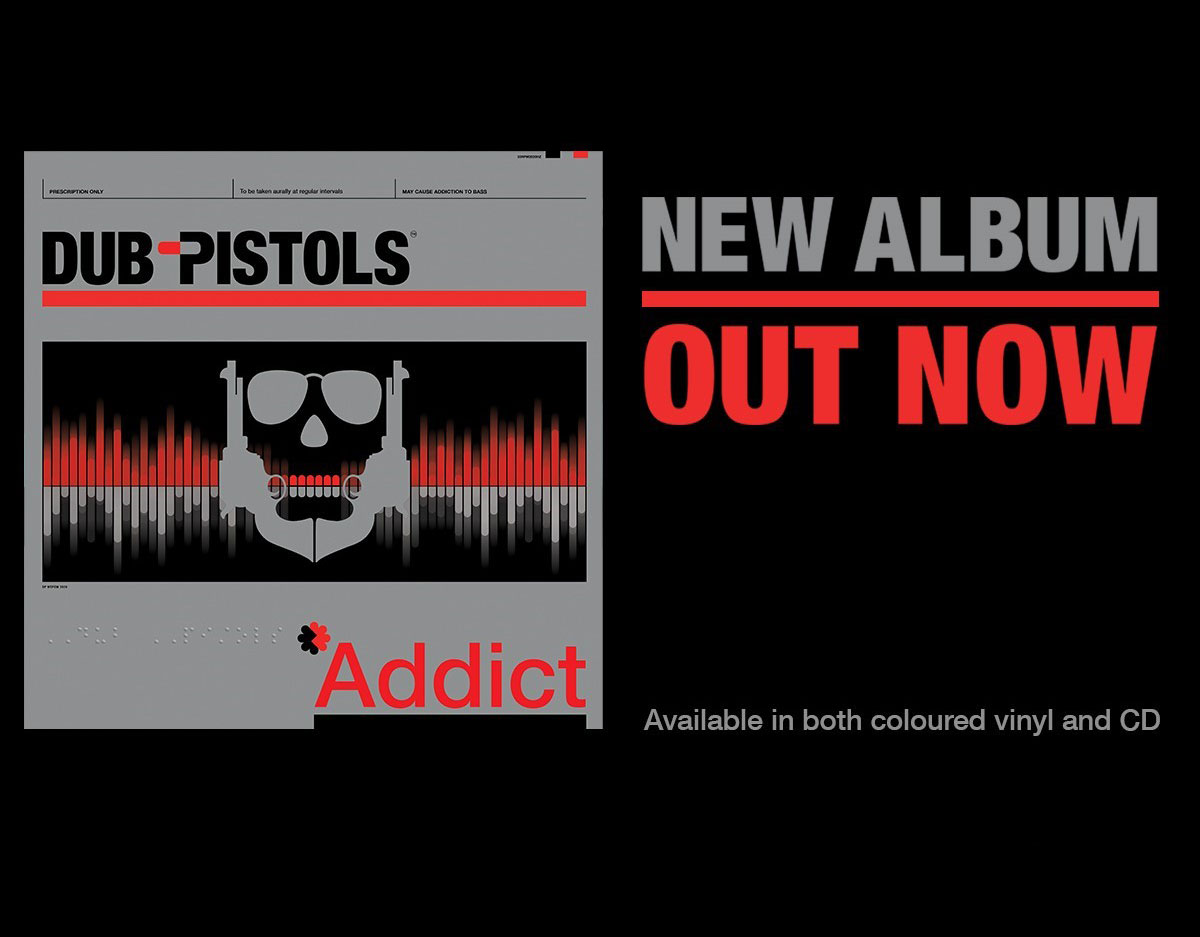 Barry Ashworth’s collective are back with a cracking new album of ska, dub and drum’n’bass rhythms, shot through with punk attitude

It’s been 22 years since the Dub Pistols surfed into public view on the Big Beat wave with the absolutely rocking “There’s Gonna be a Riot” single. Eight albums later and Barry Ashworth’s collective are back with a cracking new disc of ska, dub and drum’n’bass rhythms, shot through with punk attitude, that are more than enough to get any self-respecting party-goer into the dance floor and working up a sweat. Just when we all need it, Addict has plenty to raise smiles and get feet moving and hips swaying.

As with their previous albums, the Dub Pistols have again managed to rope in plenty of class collaborators, including Rhoda Dakar of the Bodysnatchers and the Specials on “Stand Together”, reggae veteran Horseman spreading good vibes on “Old Skool” and the mighty Ragga Twins on the junglist “Two Generals”. From the opening tune through to the final fade out, the relentless, up-tempo vibes on Addict are about love, positivity and unity, with no time for either fist-shaking aggro or sitting down, chilling out and nodding off. That said, there are plenty of tracks praising the weed, one of which even samples Danny the Dealer from Withnail and I on the, inevitably named, “Camberwell Carrot”.
The rather unfortunately named Addict may not be doing anything particularly new or unexpected, but it avoids any cheesiness and is an album that has landed at the right time and in the right place – assuming the Covid-lockdown comes to an end before too long. It’s a celebration of the good times that itches to be heard in a room full of party people that are all looking for fun. And that must pretty much describe all of us by now, after such a long estrangement from humid dancefloors packed with like-minded folk who are out to enjoy themselves and make merry.